The Marieholm Tunnel is additional crossing over the Göta Älv which will relieve pressure on the congested Tingstad Tunnel. A further river crossing for cars and lorries will make the road system less vulnerable to delays. All major motorways within Gothenburg will use the new Marieholm Tunnel thus reducing disruption on local roads.

The tunnel connects Hisingen and the port of Gothenburg with central Gothenburg and the rest of Sweden and will facilitate traffic in Gothenburg. The connection is one of many pieces of the puzzle that make it possible for Gothenburg to cope with today’s and tomorrow’s traffic challenges.

TFIP has been involved in the project as an advisor in installation to ZÜBLIN and supported STRABAG in the design.

The connection consists of:

The 500 meter long Marieholm tunnel will increase accessibility to the Port of Gothenburg, Norra Älvstranden and the western Hisingen industries. The Marieholm tunnel was built with the Göta Älv submersible tunnel technology, approximately 600 meters north of the Tingstad tunnel. It consists of three joined parts (named Göta, Tina and Marie) and weighs 250,000 tons (as much as 1,000 blue whales). The tunnel is about 500 meters long. The roofs of the three parts are 7 meters below the river surface and the road surface is 14 meters below the water surface. The tunnel consists of two tunnel pipes with three lanes in each direction.

The Marieholm tunnel will relieve the Tingstad tunnel, which was built almost 50 years ago when the traffic volume was completely different. The tunnel was originally dimensioned for 80,000 vehicles per day. Today, 125,000 vehicles pass through the tunnel every day and traffic continues to increase as the city grows. The Tingstad tunnel will be renovated during 2022-2023. TFIP looks forward to participating in renovations and contributing our specialist knowledge in technical installations. During the renovation, troughs/entrances will be strengthened, collision protection and fire protection will be improved. Most of the technical installation such as traffic systems, lighting, emergency lighting and emergency evacuation will also be replaced. Two deposition reservoirs will also be constructed for purification and sedimentation of the stormwater that enters the tunnel. The renovations have been planned for a long time and can be carried out thanks to the Marieholm tunnel being in place.

Construction start: 2013.
What: a road tunnel within the Marieholm connection, which also includes a new railway bridge over the Göta River and two new traffic locations on each side of the river. Located: About 600 meters north of the Tingstad tunnel. Links E6 with E45 and E20 via the Party Hall connection, also called “Red Snake”.
Length: Approximately 500 meters with three lanes in each direction.
Cost: Estimated at SEK 3.5 billion and included in the West Swedish package.
Opens to traffic: 16 December 2020.

TFIP has great expertise in underground facilities and is involved in several large projects, in the West Sweden package, in the Stockholm area and in Norway. If you are interested in a collaboration, contact our CEO Tomas van Zalingen.

TFIP is joining forces with Sitowise 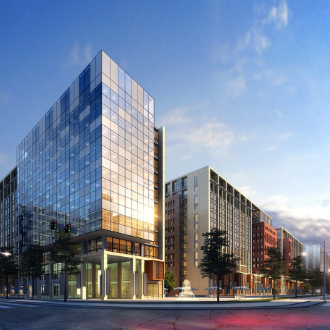 Meet Benjamin Messinger, Senior Project Planner at TFIP, who heads our efforts in the real…

TFIP has decided to develop the business segment for real estate further. The real estate… 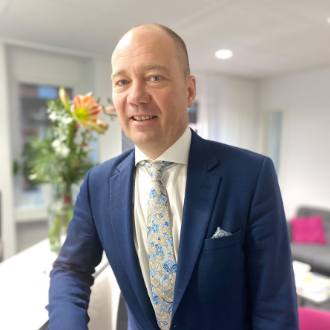 TFIP Expands onto the Norwegian Market

TFIP has long had a goal of expanding onto the Norwegian market, and now it…

You make us better!

We are looking for more employees – do you want to become one of our installation specialists? Our passion is in creating the community of tomorrow through smart infrastructure.

Become a customer or cooperative partner of ours

We offer services within civil engineering, infrastructure and industry. We are happy to have our cooperative partners consult with us within or specialist area. By applying our expertise, we produce the best and most long-term solutions.

Contact us to find out how we can help you